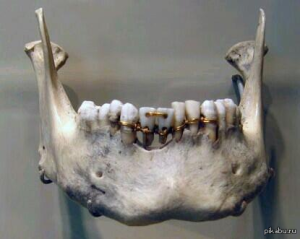 Just like us the ancient inhabitants of Egypt suffered from dental diseases. Their diet was full of fibers and rough often raw vegetables.

Combined with poor dental hygiene it caused various oral diseases, including caries and periodontitis. But the Egyptians were skilled and resourceful doctors trying to treat these diseases by medical practices far transcended their time. They invented the dental surgery and actively exploited medicines offered by nature. 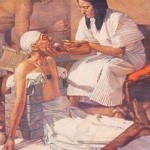 Dentist and patient in Ancient Egypt

Dental problems of the ancient people

General wear and attrition of the teeth was typical for almost all the inhabitants of the land of the Pharaohs. There are several reasons but the main one is the low quality of food and lack of vitamins and minerals. The ancients ate very poor quality bread full of husks, straw and even sand particles. Virtually for all found during excavations skulls and jaws, teeth condition is very bad – they are highly worn out. By itself it is not a disease, but it is the basis for the rapid emergence of other more serious problems such as abscesses, inflammation of the gums and jaw bone and tooth loss.

Although at that time the refined sugar has not invented yet, cavities were already there. It is interesting fact that this disease was a privilege of the elite. The reason probably lies in the quality of diet and access to sweets, which both social groups had. 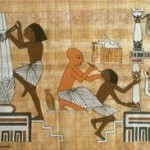 The ancients doctors were familiar with almost all modern dental diseases

Dental practice of the ancient dentists

In their records on papyrus ancient dentists describe a number of conditions that they have to deal with – tooth abscesses, problems with gums, loose teeth, ulcerative stomatitis, periodontitis, alveolar disease, dental sepsis and tartar.

Medics of Ancient Egypt were aware that misstreating dental disease leads to serious problems and even death. So besides magic and religious rituals, Egyptian dentist did very practical drug therapies to relieve pain and suppress inflammation.

Ebers papyrus describes 11 methods of dental treatment. Four, for example, relate to the problem of “loose teeth”. Such teeth are treated in two ways: either “packed” or “filled” with a mixture similar to what we today call “composite” – filling material (made from barley) mixed with honey and some antiseptic. This mixture was used for filling or fixing the problematic tooth. Furthermore, the subjects of the Pharaoh drank various syrups, mixes and “mouthwash” to maintain oral hygiene, relief pain and stop inflammation.

There were also certain substances made to be chewed and spited. Part of there ingredients were beer and herbs like potentilla, celery, etc.

In Addition to treating with herbs and potions, dentists did a lot more sophisticated operations and real surgery – jaw placement, surgical excision of the abscess and partial removal of damaged pieces of gum. Seams like it was a common practice to make different dental repair work – this far there are three cases of found dental bridges of that time. The technology is simple – ​ one or more missing teeth are attached back with gold or silver wire to the surrounding healthy teeth. 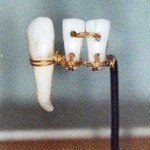 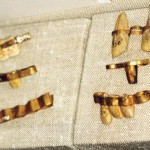 Obviously, thousands of years ago the ancient inhabitants of the Nile liked and appreciated their teeth and kept considerable efforts to keep them in their mouths.  For this purpose, along with prayers and spells, they applied very reasonable and practical knowledge in the field of medicine and oral surgery. We can see the evidence even today.

We use cookies on our website to give you the most relevant experience by remembering your preferences and repeat visits. By clicking “Accept All”, you consent to the use of ALL the cookies. However, you may visit "Cookie Settings" to provide a controlled consent.
Cookie SettingsAccept All
Manage consent

This website uses cookies to improve your experience while you navigate through the website. Out of these, the cookies that are categorized as necessary are stored on your browser as they are essential for the working of basic functionalities of the website. We also use third-party cookies that help us analyze and understand how you use this website. These cookies will be stored in your browser only with your consent. You also have the option to opt-out of these cookies. But opting out of some of these cookies may affect your browsing experience.
Necessary Always Enabled
Necessary cookies are absolutely essential for the website to function properly. This category only includes cookies that ensures basic functionalities and security features of the website. These cookies do not store any personal information.
Non-necessary
Any cookies that may not be particularly necessary for the website to function and is used specifically to collect user personal data via analytics, ads, other embedded contents are termed as non-necessary cookies. It is mandatory to procure user consent prior to running these cookies on your website.
SAVE & ACCEPT