A crown of several thousand years was found in Sboryanovo National Reserve… In this interview, archaeologist Prof. Diana Gergova explains who were the Getae and who were the ancient dentists that made the crown. 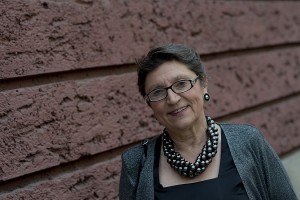 You are one of the leading Bulgarian archaeologists specializing in the study of the Thracian heritage. Why did you decide to study the Thracians and why are you interested in their culture and history?

The Thracians were one of the most ancient European peoples, mentioned by the most ancient written sources such as Homer’s Iliad and Odyssey, in many myths and legends, in seemingly amazing stories. The ancient authors wrote very interesting things about them, some of which historians have often explained as the result of vivid imagination, rather than real facts.

Only archaeological research on the territory of Bulgaria, home to the Thracian tribes that occupied large territories, were able to tell us whether the Thracians, who gave mankind heroes like Orpheus, were steeped in high culture and spirituality.

About 40 years ago when I was still a student, I found them fascinating, but the stories of the ancient authors were not enough to satisfy my interest. I am from that lucky generation, whose career was supported by the introduction of Thracology as a new, separate discipline. In this interdisciplinary science, methodical archaeological research was to play the most important role. Indeed, intensive archaeological research over the past 40 years in Bulgaria, and in the other countries inhabited by Thracians, confirmed that they had created a civilization that had left a deep imprint in the cultural development of Europe.

It is today’s archeology that gave flesh and blood to the ancient ideas of the Thracians.

Herodotus described the Getae as “the most valiant and most just of the Thracians.” What and how much do we know and not know about them, but we should know?

Among the Thracian tribes mentioned by Herodotus, the Getae were truly described as a tribe that in addition to the common Thracian traits in their culture differed in some of their customs. Seeing how this is reflected in the findings of the archaeologists and why they were called that is a serious scientific challenge.

The Getae and their culture and knowledge are associated with exceptional figures of the Ancient World. According to Herodotus, their legendary king, priest and god Zalmoxis, was either a student or even a precursor of Pythagoras. Our findings in the spiritual and political capital of the Getae in Sboryanovo National Reserve – the likely “City of the Wolves” confirm their extraordinary knowledge of mathematics, astronomy and architecture, evident in the construction of the individual tombs and in the planning of the entire necropolis. 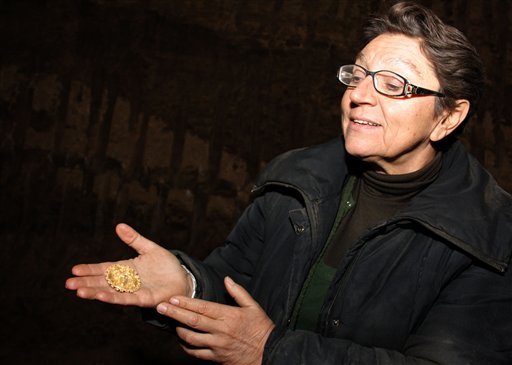 Archaeologist Prof. Diana Gergova shows an artifact of the 2400-year-old golden trove found in an ancient Thracian tomb near the village of Sveshtari.

They were the most valiant and just because they were prophets, hence their name: “goetes.” They believed in the immortality of the soul and that the real life was in the netherworld where the soul, released from the prison of matter and body, merges with the universe. The first vision of heaven already existed among the Getae. For them, death is the beginning of immortality and so they were fearless. Indeed, Herodotus says they practiced immortality.
We know from the ancient authors in Alexandria, who worked at the beginning of our era, that it was the Getae priests and prophets that taught the Celtic priests, the Druids, in the lore of immortality.

Well known among dentists worldwide are several cases of dental bridges and dental implants from the time of ancient Egypt. Until now we did not know, however, that the dental art was developed in our land.

Dental bridges and implants from the first millennium BC have been found in Europe, especially in the land of the Etruscans, but also in the lands of the Celts. It turns out that this is a knowledge which has deep roots.

What is the finding and whom did it belong to?

Our finding is the first one found in the Thracian lands, not only in Bulgaria, and that of course makes me proud. The find was discovered along with cremated human remains and several elements of gold ornaments, e.g. rosettes, granules, necklace pendants, and spirals, in a small pit filled with chunks of burned oak trees. The pit was in the mound where we found the first chariot in the Thracian lands, i.e. a two-horse biga chariot. 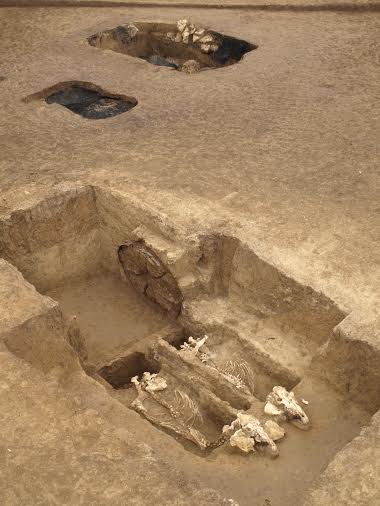 Here the precious findings were found: the large pit contained the chariot, and the smaller one had the ancient dental crown.

Our young anthropologists N. Timeva and B. Galabova analyzed the burned bones and suggested they belonged to a young adult. I would draw attention to the unburned gold jewelry, suggesting a funeral of a young woman.

Is this find rare or part of the medical skills of the ancients?

As I said, such objects from the first millennium BC have been found in Europe, i.e. these people have already achieved certain knowledge and skills.

The finding in Bulgaria, albeit the first, best illustrates the very interesting information that the Getae in particular were very well developed, medically speaking. It was already subject to certain principles that are now reintroduced in modern medicine. In Plato’s Charmides,  Socrates shared with Charmides what he had learned about the Getae principles of treatment by a Thracian doctor and student of Zalmoxis. This doctor told him that his Hellenic colleagues had not always successfully treated patients because a sickness should be treated as part of the whole body and that they should heal not only the body but the soul. This inspired prudence – an important prerequisite for successful treatment.

How was the dental art passed down in ancient times?

As you can see from the story of Charmides, knowledge was passed down orally and through shared experience, but perhaps also through targeted training, including books. I base this on an interesting text of the ancient Gothic author Jordanes, who lived in the 6th century BC. He claimed he was a Getae and he told of how Getae priests trained young nobles in mathematics, astronomy, morality and ethics, thus acquiring an education more advanced than other peoples. He argued that the Getae had written laws called belagini. Dental art probably was passed down in a similar manner.

Who was the ancient dentist – a physician, a priest or a professional in this area?

Knowledge was in the hands of the priests, and as Plato says, the Thracian physician Charmides met in the army was a disciple of the priest, king and god of the Getae, Zalmoxis. Apparently, in the middle of the first millennium BC both the Thracian and the Greek societies already had a separate community of physicians.

Thank you and we wish you much success in your work!

We use cookies on our website to give you the most relevant experience by remembering your preferences and repeat visits. By clicking “Accept All”, you consent to the use of ALL the cookies. However, you may visit "Cookie Settings" to provide a controlled consent.
Cookie SettingsAccept All
Manage consent

This website uses cookies to improve your experience while you navigate through the website. Out of these, the cookies that are categorized as necessary are stored on your browser as they are essential for the working of basic functionalities of the website. We also use third-party cookies that help us analyze and understand how you use this website. These cookies will be stored in your browser only with your consent. You also have the option to opt-out of these cookies. But opting out of some of these cookies may affect your browsing experience.
Necessary Always Enabled
Necessary cookies are absolutely essential for the website to function properly. This category only includes cookies that ensures basic functionalities and security features of the website. These cookies do not store any personal information.
Non-necessary
Any cookies that may not be particularly necessary for the website to function and is used specifically to collect user personal data via analytics, ads, other embedded contents are termed as non-necessary cookies. It is mandatory to procure user consent prior to running these cookies on your website.
SAVE & ACCEPT